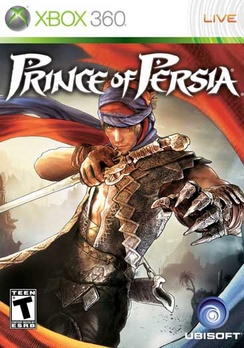 SKU 008888524311
$10.00
In stock
1
Product Details
Set in a land rooted in ancient Persian mythology, the Prince finds himself caught in an epic battle between the primal forces of light and darkness: the God of Light, Ormazd versus his brother Ahriman, the destructive God of Darkness. The Prince arrives just in time to witness the destruction of the legendary Tree of Life • an act which threatens to plunge the entire world into eternal darkness. Manifested in the form of the Corruption, a dark substance that physically contaminates the land and the skies, the Prince must partner with Elika, a deadly companion, to heal the world from the evil Corruption. A new hero emerges: Master the acrobatics, strategy and fighting tactics of the most agile warrior of all time. Grip fall down the face of a building, perform perfectly timed acrobatic combinations, swing over canyons, buildings and anything that is reachable. This new rogue warrior must utilize all of his new skills along with a whole new combat system to battle Ahriman's corrupted lieutenants to heal the land from the dark Corruption and restore the light. A new epic journey begins: Escape to experience the new fantasy world of ancient Persia. Masterful storytelling and sprawling environments will deliver to action-adventure fans an experience that rivals even the best Hollywood movies. A new open world structure: A first for the Prince of Persia franchise • now you have the freedom to determine how the game evolves in this non-linear adventure. Players will decide how they unfold the storyline by choosing their path in the open-ended world. Emergence of a deadly new ally: History's greatest ally is revealed in the form of Elika, a dynamic AI companion who joins the Prince in his fight to save the world. Gifted with magical powers, she interacts with the player in combat, acrobatics and puzzle-solving enabling the Prince to reach new heights of deadly high-flying artistry through special duo acrobatic moves or devastating fighting combo attacks. All new for Next-Gen: The franchise's debut on next-generation consoles utilizes Ubisoft's proprietary Anvil engine, the same engine used to develop Assassins Creed.
Save this product for later