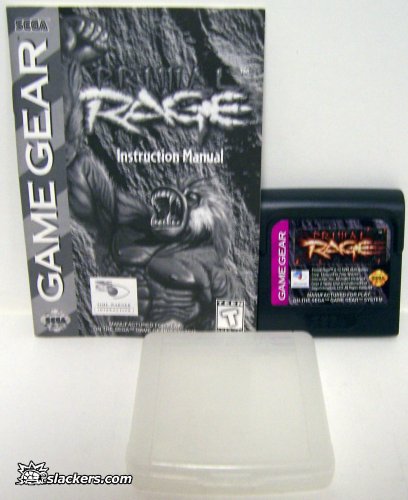 SKU GG0040
$8.99
In stock
1
Product Details
PRIMAL RAGE is a fighting game that allows you to fight with beasts instead of people. In the near future, seven imprisoned gods are freed from suspended animation after a meteor strikes Earth. These gods represent the spirits of Hunger and Survival, Life and Death, Insanity, Decay, and Good and Evil. Each of the seven gods taking on the physical form of a prehistoric beast sets out to conquer the new 'Urth.' Playing as one of the gods, you can choose which beast you want to become and then jump into the ring and pound your opponent with reckless abandon as you battle other beasts in head-to-head combat for Urth domination.