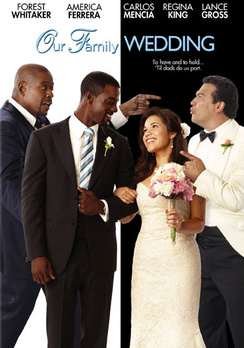 SKU 024543689775
$6.00
In stock
1
Product Details
Forest Whitaker and Carlos Mencia star in this clash-of-cultures comedy about two overbearing dads who must put aside their differences to plan a wedding for their children, Marcus (Lance Gross) and Lucia (America Ferrera), in less than two weeks. As the wedding brings out the best and worst in both families, the young couple soon discovers the true meaning of love and finds there is truth to the saying -- that when you marry someone, you marry their entire family.
Save this product for later