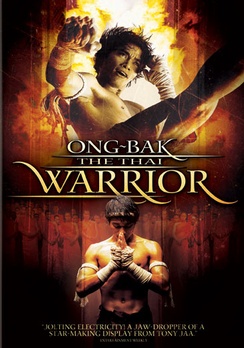 SKU 024543204084
$6.00
In stock
1
Product Details
When the head of his village's sacred Buddha statue is stolen, simple country boy Ting (Tony Jaa) is sent to Bangkok to retrieve it. Raised by a monk who has trained him in Muay Thai, Ting has vowed to never use his lethal martial arts skills. But once he arrives in the big city, Ting is forced to fight. It's non-stop action as Ting infiltrates Bangkok's seedy underworld and takes on a series of lowlifes and criminals in his quest to obtain the sacred head.
Save this product for later