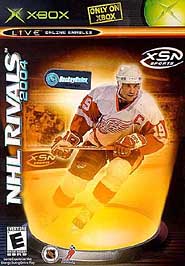 SKU 805529611726
$5.00
In stock
1
Product Details
NHL RIVALS 2004 is the Microsoft Game Studios inaugural National Hockey League title for the Xbox. This dramatic hockey simulation immerses gamers into one of the most realistic and exciting hockey experiences ever created. With more than 700 in-game, motion-captured animations, hockey fans will be able to take one-timers, blast slap shots, and dish out the big body checks, just like real NHL superstars. Gamers also can settle their hockey grudge matches and create their own rivalries online with Xbox Live and XSN Sports. Control an NHL team on a quest to win the Stanley Cup, or take on your friends in a single game between two bitter rivals.
Save this product for later
Display prices in: USD