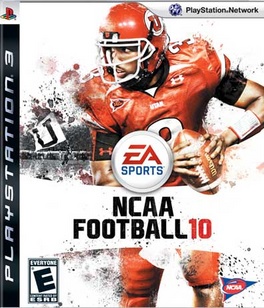 SKU 014633190168
$5.00
In stock
1
Product Details
True to the tradition of the award-winning franchise, NCAA Football 10 continues to push the bar on innovation with new online modes. NCAA Football 10 brings the excitement of college football to fans across the nation like never before with its newest feature, Season Showdown. In this new mode, every game counts as fans declare their loyalty to a favorite school and give the ultimate show of support in a nationwide competition. All college football fans will have an opportunity to participate in Season Showdown, as credits not only accumulate in-game but players can also earn credits for their school via new web-based games. Millions of college football fans around the country will be on a mission to prove their school is number one with NCAA Football 10’s Season Showdown.
Save this product for later