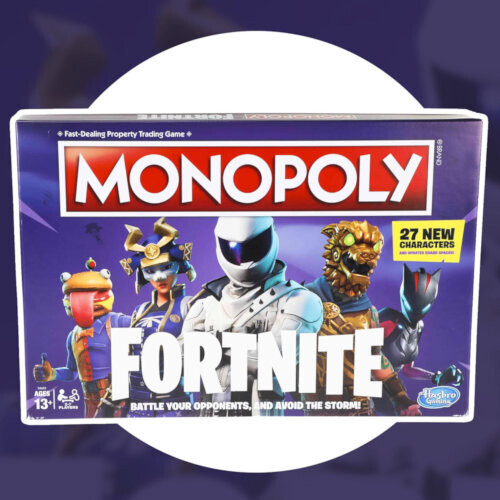 It's like a regular game of Fortnite, but it lasts four hours and follows the rules of the classic board game Monopoly instead of being a battle royale. And you use Monopoly Money instead of V-Bucks. Also, you play it in person instead of online. So it's more like Monopoly than Fortnite, really. In fact it literally is Monopoly, but with a Fortnite skin.