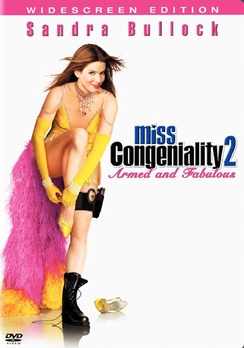 SKU 012569593312
$3.00
In stock
1
Product Details
The story catches up with FBI agent Gracie Hart (Sandra Bullock) shortly after she successfully disarmed a threat against the Miss United States Pageant while working undercover as a contestant in Miss Congeniality. Having become a media celebrity following her heroic pageant exploits, Gracie has been spending more time lately at the salon than the shooting range, working the talk show circuit and promoting her book. When her friends, pageant winner Cheryl and emcee Stan, are kidnapped in Las Vegas, Gracie
Save this product for later