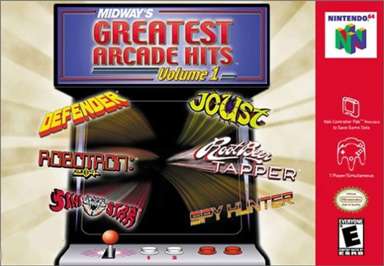 SKU 031719198481
$12.00
In stock
1
Product Details
A large dose of nostalgia is served up in MIDWAY'S GREATEST ARCADE HITS VOLUME ONE for the Nintendo 64. This pack contains six timeless arcade games, including hits like JOUST, DEFENDER, and SINISTAR. The highly addictive gameplay remains exactly the same as it did 15 years ago, but now it's all contained within one cartridge. Though MIDWAY'S GREATEST ARCADE HITS VOLUME ONE retains the same gameplay, there is an updated 3D interface that helps spice up the navigation, as well as an awesome trivia game.
Save this product for later