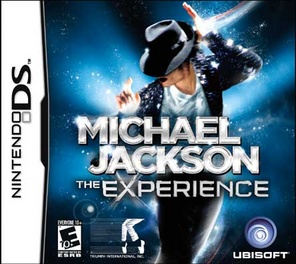 SKU 008888166290
$18.00
In stock
1
Product Details
No artist in history has commanded the stage like Michael Jackson, the undisputed King of Pop. With over 800 million albums sold worldwide and 13 #1 singles in the U.S, there is no doubt that Michael Jacksons music influenced pop culture as we know it today. Michael Jackson The Experience is the ultimate performance game featuring the worlds ultimate performer - providing an interactive experience that enables players to step into the shoes of Michael Jackson himself and re-live his most iconic moments through their own performance. Michael Jackson The Experience includes the original songs you know and love from his extensive catalog, including Bad, Billie Jean, Beat It, Smooth Criminal and Black or White and proves that anybody can groove like the King of Pop! Enter the universe of the most successful entertainer of all time and master the beat of his most unforgettable hits. Feel the rhythm as you play along to the beat of MJs most iconic songs. Listen to the musics tempo and slide objects on the screen accordingly. Start with easy tunes and master your favorites to unlock new tracks, more challenging difficulty levels, and tons of bonuses. Feel the magic Dont Stop Till You Get Enough! Once you complete a song in the game you can unlock it to listen on our own interactive jukebox. Create your own routines by mixing dance moves to the beat of MJ's legendary songs! Three difficulty levels make the game accessible to everyone - even Michael's youngest fans! Exclusive rotoscopy technology showcases Michael Jackson's authentic choreography with incredible precision - right in the palm of your hand.
Save this product for later