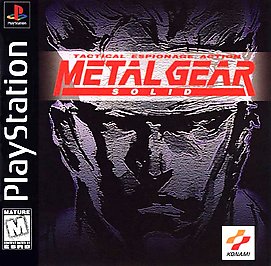 SKU 083717170631
$40.00
In stock
1
Product Details
A special military unit known as Fox Hound, led by an evil expatriate, has taken over a nuclear installation in Alaska and plan to launch a nuclear warhead. Only one of their former members, the mysterious Solid Snake, is skilled enough to infiltrate the compound and stop them. Fortunately, the guards and Fox Hound are unaware of Snake's arrival. If he stays in the shadows, Snake will be able to move through the compound undetected and unharmed. Of course, it isn't all about stealth, and there are plenty of weapons at Snake's disposal. In METAL GEAR SOLID, the fate of the world rests on your shoulders.
Save this product for later
Display prices in: USD