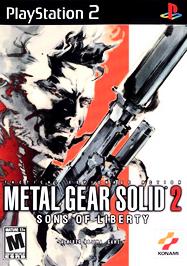 SKU 083717200215
$8.00
In stock
1
Product Details
How did Solid Snake survive the end of the first game? That's only the beginning of the startling mysteries, as this PS2 sequel picks up where its predecessor left off. You'll take on all-new enemies, journeying from the heart of New York City to the depths of the hottest desert. New weapons and improved gameplay make this version a jaw-dropping title, and the same actors return to voice their classic characters. Whether you conquered the original or you're series newcomer, you're in for the adventure of a lifetime.
Save this product for later