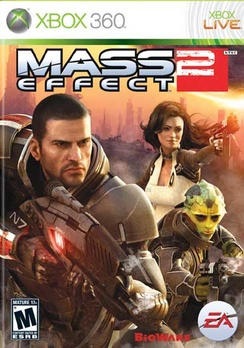 SKU 014633159820
$10.00
In stock
1
Product Details
The second chapter in the Mass Effect trilogy takes you to the darkest reaches of space, where you must uncover the mystery behind the disappearance of humans across many worlds. Prepare yourself for a suicide mission to save mankind. Travel the galaxy to assemble a team of soldiers and combat specialists, and launch an all-out assault on the heart of enemy territory. The second act of BioWare’s epic sci-fi trilogy continues the story of Commander Shepard and humanity’s first steps onto the galactic stage Success • or failure • depends heavily on the crew you assemble and their loyalty to you and the mission Stunning graphics and a refined dialog system will draw you into the story like never before Numerous improvements to the intense, third-person shooter combat Deep character customization options let you create your own vision of Commander Shepard
Save this product for later
Display prices in: USD