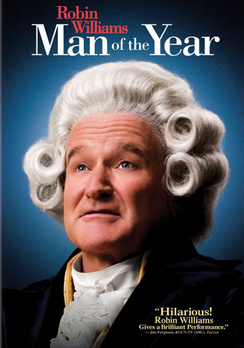 SKU 025193232625
$4.00
In stock
1
Product Details
Acerbic performer Tom Dobbs has made his career out of skewering politicians and speaking the mind of the exasperated nation on his talk show. He cracked scathing jokes at a fractured system night after night - until he came up with a really funny idea: why not run for president himself? After a flip comment, Dobbs ignites a grassroots movement that puts him on the ballot. Hot on the campaign trail, he debates elected drones and says exactly what frustrated voters have often thought. Nov. 2nd later, the muckraker wins - only to learn that a computer voting error gave him the victory. With time ticking on the inaugural clock, Dobbs has a big decision to make: should he go back behind the mike or stay in the Oval Office?
Save this product for later