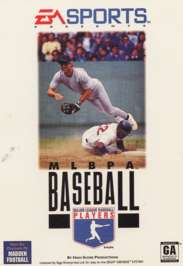 SKU 014633071740
$3.00
In stock
1
Product Details
Lack of the MAJOR LEAGUE BASEBALL license is a big strike against Konami's promising diamond Pak. Sports fans have come to expect authentic favorite teams, uniforms and stadiums when they pick up a game. So it's something of a surprise to see the big C airbrushed off Sammy Sosa's cap in Bottom of the 9th. Konami certainly milks the Major League Baseball Player's Association license for all it's worth, plastering up plenty of full-screen shots of super- and midi-stars. Perhaps the publisher was emboldened by the stateside success of its license-free International Superstar Soccer 98. But while the average American doesn't stroll the mall in an AC Milan jersey, he'll probably be jarred by all those missing Oriole, Cardinal and Blue Jay logos in this.
Save this product for later
Display prices in: USD