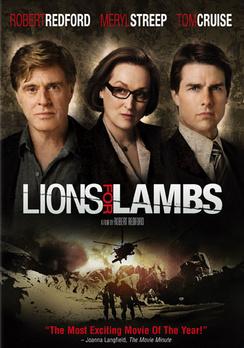 SKU 883904100089
$6.00
In stock
1
Product Details
An idealistic professor (Redford), a charismatic U.S. Senator (Cruise) and a probing TV journalist (Streep) have opposing viewpoints about the actions of our nation and the attitudes of its citizens. But the human consequences of war become chillingly clear for two of the professor's former students, who find themselves trapped behind enemy lines, fighting for freedom... and their very lives.
Save this product for later