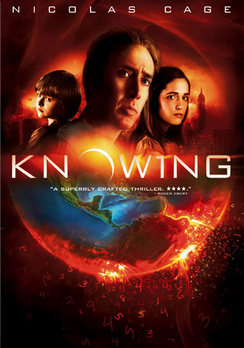 SKU 025192031885
$4.00
In stock
1
Product Details
In 1958, as part of the dedication ceremony for a new elementary school, a group of students is asked to draw pictures to be stored in a time capsule but one mysterious girl fills her sheet of paper with rows of apparently random numbers instead. Fifty years later, Professor John Koestler (Nicolas Cage) makes the startling discovery that the encoded message predicts every major disaster of the past 50 years. As John further unravels the document’s chilling secrets, he realizes the document foretells three additional events—the last of which hints at destruction on a global scale and seems to somehow involve John and his son.
Save this product for later
Display prices in: USD