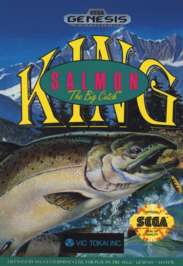 SKU 034912230262
$3.00
In stock
1
Product Details
If you've always dreamed about catching the Big One, but you just aren't a morning person, then you're the type who should be playing KING SALMON: The Big Catch for the Sega Genesis. This is one of the most realistic fishing simulations you'll ever see, from the bait to the lures to the way the fish act. If you're feeling competitive, you'll enjoy the Championship mode, where you'll be up against some of the best anglers in the world as you compete to see who can land the biggest catch. If you're the type who sees fishing as a relaxing activity, then you'll enjoy the Leisure mode, which lets you cast a line and either catch some fishﾗor not, it doesn't matter! So sleep in, don't worry about the smell, and get out on the lake whenever you feel the urge with KING SALMON: The Big Catch.
Save this product for later
Display prices in: USD