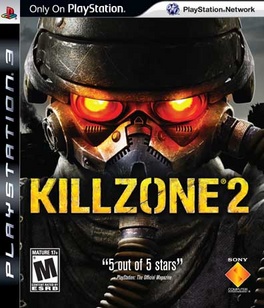 SKU 711719811626
$5.00
In stock
1
Product Details
In and out within a month, they said. Their weapons no match for our military might. Predicted moderate to low resistance. Enemy morale at an all-time low. They couldn't have been more wrong. Welcome to Helghan. Two years after the Helghast assault on Vekta, the ISA are taking the fight to Helghan. Their goal: to capture the Helghast leader, Emperor Visari, and bring the Helghast war machine to a halt. You assume the role of Sev, a battle-hardened veteran and a member of the special forces unit known as the Legion. For Sev and his squad, the invasion of Helghan is just beginning. Tasked with securing Pyrrhus, the Capital City, they quickly discover that the Helghast are a formidable enemy on their home planet. Not only have they adjusted to the planet’s hostile conditions, they have also harnessed a source of power they can now use against the ISA. Sev and his squad aren’t just fighting the enemy forces • their fiercest opponent is the planet itself. Experience Be part of a full scale war on a new world - a world more hostile than any you’ve ever seen before! Experience realistic, highly atmospheric environments that respond dynamically to the violent conditions on Helghan. Witness the devastating effects of Helghan’s climate as it forces you and your enemies to adapt to new tactics. Face off against fearsome enemies who have learned to wield the hostility of Helghan itself against their opponents. Operate new and exotic weapons and vehicles, in addition to trusty Killzone classics like the M82-G and the StA-52 LAR. Technology Between Killzone’s unique visual style, the power of PLAYSTATION®3, the use of EDGE tools and the proprietary technology developed by Guerrilla, the game promises to impress players with its benchmark visuals, smooth character animation, detailed, effect-laden environments and realtime cutscenes. The Deferred rendering technology will present a world that is beautifully lit, with ambient occlusion and multiple shadow casting light sources bringing out the highly detailed environments and character animations. With true next-gen audio we are ensuring the player is even further immersed in the world, supporting 7.1 surround and audio occlusion with wave tracing. The player will not only notice the difference between indoor and outdoor but also experience sound and music that are dynamic and contextual. Studio grade special effects will provide unprecedented visual fidelity. With full screen anti-aliasing, motion blur, internal lens reflections and depth based color grading the picture will be sharp, smooth and full of depth.
Save this product for later
Display prices in: USD