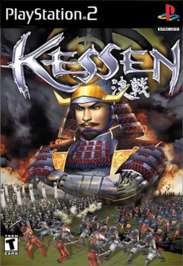 SKU 014633142587
$8.00
In stock
1
Product Details
The PlayStation 2 receives another strategy game with Koei's KESSEN. The game focuses on the battle between two major families in feudal Japan. The player must control Ieyasu Tokugawa against his opponent in many fierce battles that involve thousands of soldiers. The game requires the player to set up men on a map, and then decide how they should act during the upcoming battle. While the battle is fought, the player must decide what moves would be most effective and how to vanquish their foe forever.
Save this product for later