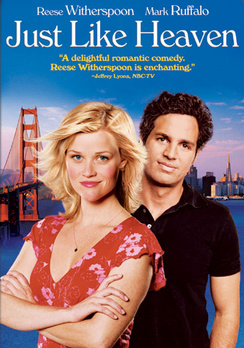 SKU 678149197327
$6.00
In stock
1
Product Details
When David sublets his quaint San Francisco apartment, the last thing he expects--or wants--is a roommate. He begins to make a complete mess of the place when a pretty young woman, named Elizabeth, suddenly shows up, adamantly insisting the apartment is hers. David assumes that there's been a giant misunderstanding, until Elizabeth disappears just as mysteriously as she had appeared. Changing the locks does nothing to deter Elizabeth, who begins to appear and disappear at will--mostly to rebuke David for his personal living habits in her apartment. Convinced that she is a ghost, David tries to help Elizabeth cross over to the other side. But while Elizabeth has discovered she does have a distinctly ethereal quality--she can walk through walls--she is equally convinced that she is somehow still alive and isn't crossing over anywhere. As Elizabeth and David search for the truth about who Elizabeth is and how she came to be in her present state, their relationship deepens into love. Unfortunately, they have very little time before their prospects for a future together permanently fade away.
Save this product for later