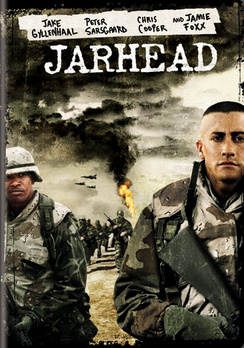 SKU 025192784224
$6.00
In stock
1
Product Details
Set during the Gulf War, the episodic tale follows Anthony 'Swoff' Swofford, a third-generation enlistee, from his sobering stint in boot camp to active duty, where he's sporting a sniper's rifle and a hundred-pound ruck sack on his back, while moving through Middle East deserts with no cover from the intolerable heat. As well, he advances with no protection from the Iraqi soldiers and there's always a potential enemy sighting, just over the next horizon. Swoff and his fellow Marines sustain themselves on humor and camaraderie as they tread the blazing desert fields in a country they don't understand, against an enemy they can't see, for a cause they don't fully fathom.
Save this product for later