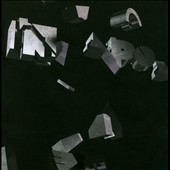 On their fourth and self-titled full-length, Interpol return to Matador, the label that released their first two albums. It's their last album to feature bassist Carlos Dengler, whose departure was announced in May. Mixed by Alan Moulder (Depeche Mode, Smashing Pumpkins, the Killers), there's a greater emphasis on the rhythm section, which carries the band through a set of dark, thematically connected songs.