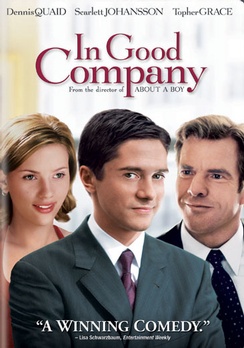 SKU 025192583421
$4.00
In stock
1
Product Details
When his company is bought, a middle-aged ad sales executive is demoted and finds that his new boss is a young college prodigy barely half his age. Unable to quit due to his wife's newly disclosed pregnancy, the executive is forced to make the best of a bad situation. The young new boss has his own problems to confront as he takes over a job in which he has no experience while dealing with his new wife's decision to leave him. Their conflict spills over into their personal lives as the young boss starts dating the older employee's teenage daughter.
Save this product for later