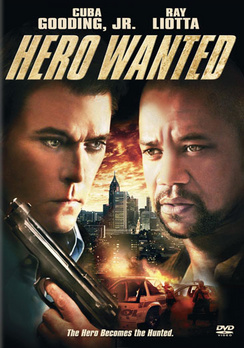 SKU 043396243422
$6.00
In stock
1
Product Details
Cuba Gooding, Jr. wreaks his own brand of justice in HERO WANTED, a brutal action thriller co-starring Ray Liotta. Once the toast of the city, Liam Case (Gooding, Jr.) is now a forgotten man, a hero whose fame has passed him by. Hoping to restore his former glory, he attempts to foil an armed bank robbery, but winds up shot instead. Recovering from him wounds, Liam swears vengeance and begins a hunt of his own, leading to a shocking climax that proves the old adage: heroes are made, not born.
Save this product for later