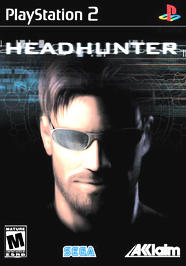 SKU 021481233114
$12.00
Out of stock
1
Product Details
What would you do if you woke up in a sterile hospital room to find that someone had stolen your thoughts, memories, and total identity? You're about to find out. Step into the unenviable role of Jack Wade, a man who has lost everything he knows of himself. Collecting high-tech weapons and speeding around on a futuristic motorcycle, you'll try to track down the villains who've taken what's yours. Brilliant visuals and an intense soundtrack from Richard Jaques and The London Philharmonic Orchestra add to this one-of-a-kind adventure.
Save this product for later
Display prices in: USD