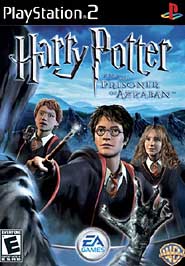 Harry Potter and the Prisoner of Azkaban - PS2 - Used

SKU 014633147810
$12.00
In stock
1
Product Details
From the opening scene on the Hogwarts Express to the climactic finale on the shore of the great lake at Hogwarts, the HARRY POTTER AND THE PRISONER OF AZKABAN videogame immerses the player in the world of Harry Potter with captivating gameplay, stunning environments, and graphics that bring to life the magical world familiar to anyone who has seen the films. Players encounter new characters and creatures, engage in a variety of sub-quests, fly on a Hippogriff, explore previously unseen areas of Hogwarts and take on their friends in multiple two-player challenges, as they take part in the most exciting and challenging Harry Potter videogame adventure yet.
Save this product for later