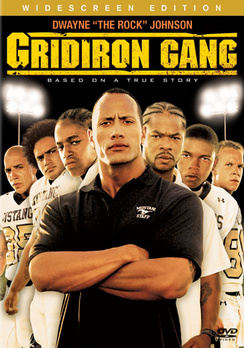 SKU 043396148468
$6.00
In stock
1
Product Details
The true story of detention camp probation officer Sean Porter (The Rock), who creates a high-school-level football team from a ragtag group of dangerous teenage delinquents as a means to teach them self-respect and social responsibility. But Porter must first overcome almost universal resistance from the powers that be -- his skeptical bosses and coaches at rival high schools who don't want their players mixing it up with convicted juvenile delinquents on the football field.
Save this product for later