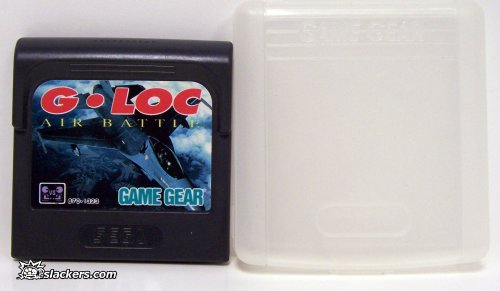 SKU GG0021
$6.99
In stock
1
Product Details
G-LOC: AIR BATTLE is a flight combat simulator in which you pilot an F-14 fighter through eight harrowing missions firing bullets and missiles at enemy aircraft and fuel stations (and other ground-based targets) while maneuvering through maze-like canyons, under low bridges and over expansive plains, seas and other terrain.