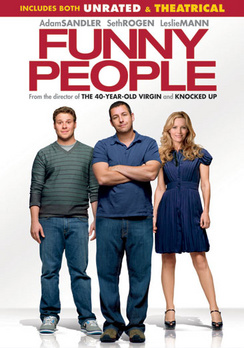 SKU 025195053532
$4.00
In stock
1
Product Details
George Simmons is a famous stand-up comedian who learns that he has a terminal illness and less than a year to live. When, he meets Ira, a struggling comedian at a comedy club where both the comedians are performing, George hires Ira to be his personal assistant and opening act at his performances. The two forge a close friendship as George helps Ira with his career and Ira helps George find closure in his legacy. However, when George learns that his disease has gone into remission and an ex-girlfriend re-enters his life, he's inspired to reevaluate what is important to him and what truly gives meaning to his life.
Save this product for later
Display prices in: USD