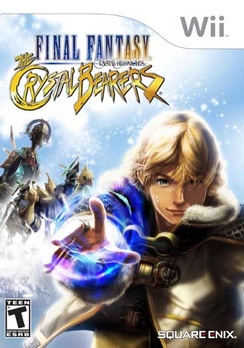 SKU 662248909080
$18.00
Out of stock
1
Product Details
A thousand years after the original CRYSTAL CHRONICLES, the end of a great war has led to one tribe’s dominance, and another tribe’s apparent annihilation. The world has turned to technology, and magic is only used by outcasts called “crystal bearers.” Layle is one such crystal bearer, whose love of danger is about to send him on an extraordinary adventure. Key Game Features Enjoy a new chapter of the FINAL FANTASY Crystal Chronicles adventure a thousand years in the future, where technology is the most advanced ever and magic is hidden and feared. First Final Fantasy game developed exclusively for the Wii™ using motion-driven game play. Use Layle’s crystal bearer powers to battle adversaries, navigate through obstacles, and move objects. Interaction with the environment and enemies can be experienced throughout the game. Special Stages to add variety in the gameplay (flying stage, third-person shooter) Immersive event scenes that FF is famous for.
Save this product for later