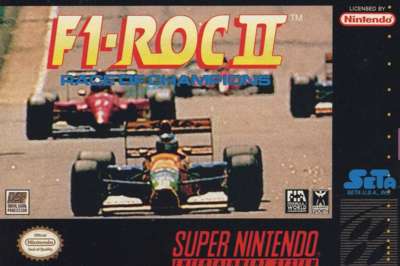 SKU 092826932047
$10.00
In stock
1
Product Details
F1-ROC: Race of Champions cuts through all the niceties and formalities, and offers an incredibly intense Formula 1 racing simulation. Starting in a prototype car in Group C, you must win eight races before moving up to the F3000 level. Once there, you’ve got to take the checkered flag in eight more races to get to the pinnacle of the racing world—Formula One. This is where you’ll be able to get behind the wheel of real-life speed machines like the FW14B Williams, the McLaren MP4/7, the F92 Ferrari, and the Benettion B192. The entire 1992 racing season is here for the taking, and it will require everything you’ve learned up to this point to emerge victorious and get to the winner’s circle. If you can survive all 16 tracks and outdistance the competition, you’ll be a legend in the world of Formula One racing.
Save this product for later
Display prices in: USD