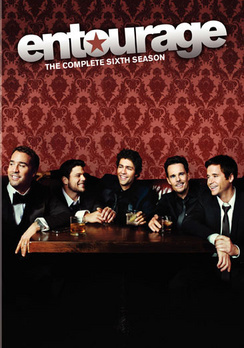 SKU 883929088973
$10.00
In stock
1
Product Details
Year: 2010
Rated: Not Rated
Genre: TV Series, Comedy
Runtime:
Studio: HBO Home Entertainment
Directed by:
Starring:
Description: For Vince, Eric, Drama, and Turtle, life in Hollywood's fast lane can be an intoxicating rollercoaster of a ride. After hitting some speed bumps during the last couple of years, Vince's career is in high gear after landing a lead role in Gatsby, a new film directed by Martin Scorsese. But now that Vince is back on top, is it finally time for the Entourage to step out of his shadow?
Save this product for later