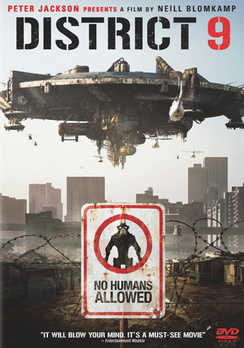 SKU 043396275140
$6.00
In stock
1
Product Details
Twenty-eight years ago, aliens made first contact with Earth. Humans waited for the hostile attack, or the giant advances in technology. Neither came. Instead, the aliens were refugees, the last survivors of their home world. The creatures were set up in a makeshift home in South Africa’s District 9 as the world's nations argue over what to do with them. Now, patience over the alien situation has run out. Control over the aliens has been contracted out to Multi-National United (MNU), a private company uninterested in the aliens' welfare – they will receive tremendous profits if they can make the aliens' awesome weaponry work.
Save this product for later