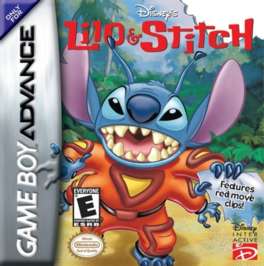 SKU 712725001308
$8.00
In stock
1
Product Details
What would you do if you tried to adopt a dog and he turned out to be an extra-terrestrial criminal? That's the dilemma facing young Lilo in this glorious adaptation of Disney's animated film, LILO & STITCH. Alternate between the two title characters, enjoying vastly different gameplay depending on which of the personas you inhabit; Lilo's levels are largely 3D puzzle-solving expeditions, while Stitch's boards are action-oriented 2D scrollers. Packed with addicting action, the game is every bit as fun as the movie.
Save this product for later