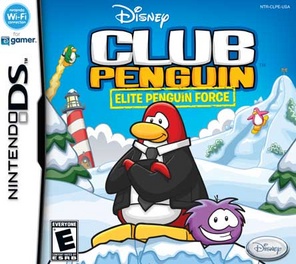 SKU 712725005139
$18.00
In stock
1
Product Details
Club Penguin: Elite Penguin Force will introduce kids to all new adventures in the Club Penguin world, giving players a chance to complete secret agent missions, solve mysteries and connect with friends in new ways. The game allows players to take on the role of a covert agent in the Elite Penguin Force. Players embark on missions utilizing familiar and all-new gadgets, accessories, vehicles and locations to investigate mysterious events in the Club Penguin world. Club Penguin for Nintendo DS will include Disney’s DGamer allowing kids to engage with other Disney game players in a secure online community whether at home or on the go via their Nintendo DS or home computer.
Save this product for later