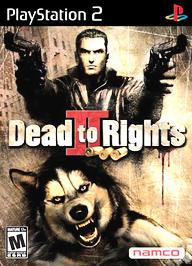 SKU 722674100106
$12.00
Out of stock
1
Product Details
DEAD TO RIGHTS II marks the return of action hero Jack Slate and his K-9 companions, Shadow. In this super-charged sequel, Jack and Shadow find themselves once again in the squalid mean-streets of Grant City, ensnared in a labyrinth of crime, corruption and betrayal. Though he swore he’d never return to the city that left him for dead, the plight of an innocent girl draws Jack back. With Shadow at his side, he won’t stop until he knows the girl is safe. But finding her reveals a plot as dark as Grant City itself.
Save this product for later
Display prices in: USD