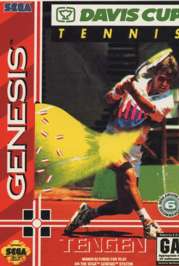 SKU 031763055501
$3.00
In stock
1
Product Details
While professional tennis players can potentially make millions of dollars competing on the pro circuit, most of them would trade that money for a chance to represent their country in the Davis Cupﾗan international competition that crowns the winning team as the best in the world. Now you can be a part of the patriotic process with DAVIS CUP TENNIS for the Sega Genesis. There are 16 countries to choose from, each with a roster of world-class players. You can play on three playing surfacesﾗhardcourt, grass, and clayﾗeach having different effects on the ball. The game is played with a split-screen view, so you'll always be able to watch the action from directly behind your player. No matter what country you play for, your sense of pride and patriotism will lead you to victory in DAVIS CUP TENNIS.
Save this product for later
Display prices in: USD