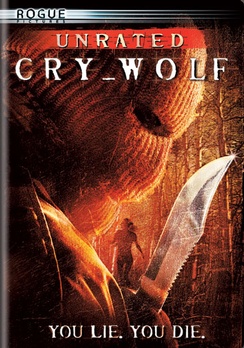 SKU 025192940422
$4.00
In stock
1
Product Details
After one too many incidents of bad behavior at his last school, Owen Matthews is sent to prestigious Westlake Prep - where a young woman has recently been found murdered in the dark woods near the boarding school's campus. Owen quickly falls in with the school's unofficial Liar's Club, and he and his new friends decide to expand their game's reach beyond campus, by spreading an online rumor that a serial killer called The Wolf committed the recent murder and is planning to strike again. The mischievous group's descriptions of The Wolf's intended victims are based on the people they know best - each other. Only when the school's journalism teacher, Rich Walker, warns the group about internet predators does Owen begin to regret sending their falsified story into cyberspace. When the described victims suddenly start to disappear, Owen and his friends are no longer able to determine where the lies end and the truth begins.
Save this product for later