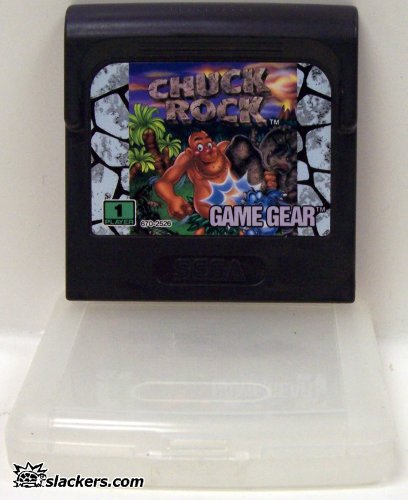 SKU GG0011
$7.99
In stock
1
Product Details
Chuck’s mad and he’s not going to take it anymore! That prebble-chewing, low-life-excuse-for-a-caveman Gary Gritter made off with his wile Opelia! Now Chuck’s gotta use his oversized bod to win her back. In this high-powered adventure for the Game Boy, Chuck Belly-butts, odar-kicks and rock-tosses his way through an ice age, up a votcano and into a swamp. On the way, he’ll run into some pretty strange characters, like the triceratops and the wild and wooly mammotti who’s very possessive abord his fernitory. All this plus onnushing dinosaurs, acidic bubbles and boogie men!