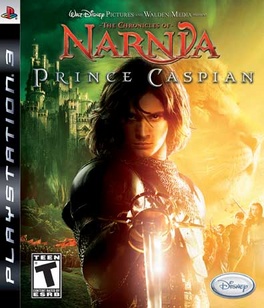 SKU 712725003326
$12.00
In stock
1
Product Details
The Chronicles of Narnia: Prince Caspian game takes players beyond the events of the upcoming Summer 2008 blockbuster film. A year after the events of the first film, "The Chronicles of Narnia: The Lion, The Witch and The Wardrobe," but 1,300 years in Narnian time, Prince Caspian finds the Pevensie children returning to a darker land where the Narnian creatures have been driven into hiding and Narnia is under the rule of the evil tyrant Miraz.
Save this product for later