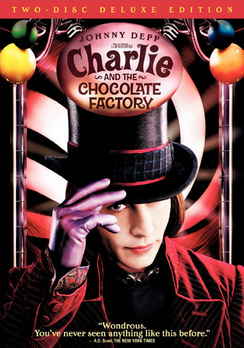 SKU 012569743144
$8.00
In stock
1
Product Details
Willy Wonka, the eccentric owner of a candy factory, decides to open up his factory to five lucky kids who won a contest by finding golden tickets in his candy bars. As the tour progresses, each kid succumbs to a temptation of their weaknesses except for Charlie Bucket, an innocent child whose family has grown up in poverty in the shadow Willy Wonka's monstrous factory.
Save this product for later
Display prices in: USD