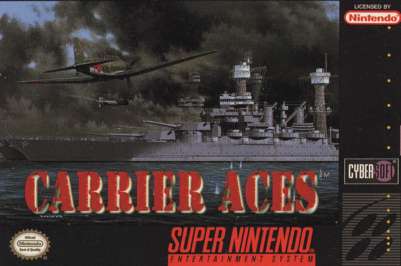 SKU 043948600017
$8.00
In stock
1
Product Details
World War II was as much a naval war as it was an infantry war. In CARRIER ACES, you have the opportunity to play as either a Japanese or an American pilot as you do your best to help your side win the war. You can go on the offensive in fighters, dive bombers, or torpedo bombers—but don’t forget to keep your eyes open for anti-aircraft fire and counterattacks. Think your mission is over after a successful bombing run? No. You still have to get back to your aircraft carrier in one piece. See if you can lead your squadron through seven grueling campaigns, each carried out in intense split-screen action. You can also go head-to-head against a friend (or foe) in the Two-Player mode.
Save this product for later