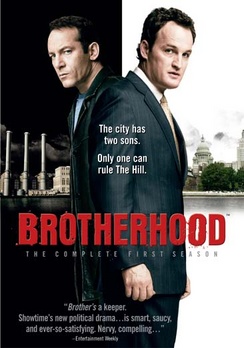 SKU 097368507845
$15.00
In stock
1
Product Details
A working-class Irish family is torn between right and wrong when two brothers live out their destinies on opposite sides of the law. While Tommy pursues ambitions as a rising star in politics, Michael seeks power the only way he knows how - amidst the gritty underworld of violence and crime. And in a world where mothers choose favorites, wives keep secrets and friends are won and lost by the deals they make, doing what is right - and doing what is necessary - are rarely the same. Brotherhood tells the story of two brothers who sometimes share a twisted sense of moral compromise - each with his own skewed, idealistic vision of what makes the American dream.
Save this product for later