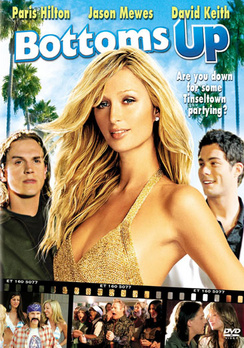 SKU 043396155442
$4.00
Out of stock
1
Product Details
Paris Hilton stars in this hilarious new comedy about a Midwestern bartender (Jason Mewes, Clerks I and II, Jay and Silent Bob Strike Back) who ingratiates himself into the Hollywood system, finding love along the way. Minnesota's 'golden boy' of bartending Owen Peadman (Mewes) heads to Hollywood to compete in the ultimate 'King of the Bar' contest hoping to take home the cash prize. When he loses to a popular LA bar man, he looks up his flamboyant Uncle Earl who helps Owen earn some cash by getting him a job with a tabloid news program. Determined to get the story that will help him make the cash he needs, Owen and his Uncle focus their efforts on the hottest young star around- Hayden Field. The plan is to infiltrate Hayden's world by befriending Hayden's girlfriend- wealthy starlet Lisa Mancini (Paris Hilton) but Owen soon finds himself falling for Lisa and enjoying the good life in the LA spotlight.
Save this product for later
Display prices in: USD