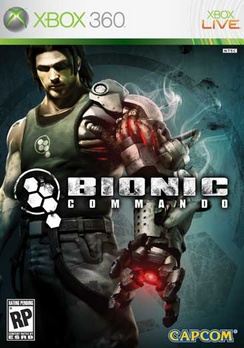 SKU 013388330058
$15.00
Out of stock
1
Product Details
Use the bionic arm to swing between towering skyscrapers, hook onto distant objects, zip up on hanging girders and more. Gameplay that moves through horizontal and vertical environments - a 3D game that truly uses all three dimensions Full multiplayer mode with rich stat-tracking Use the power of the bionic arm - and of next gen physics - to realistically throw massive objects, pummel opponents, whip enemies into the air, or pull the landscape apart Arm yourself with a variety of weapons Starring Mike Patton, the former lead singer of Faith No More, as the voice of Nathan Spencer Developed by Swedish studio GRIN, developers of Ghost Recon: Advanced Warfighter series for PC
Save this product for later
Display prices in: USD