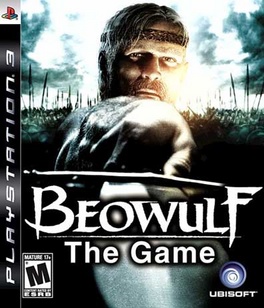 SKU 008888343790
$10.00
In stock
1
Product Details
The Beowulf video game takes players deep into groundbreaking director Robert Zemeckis’ vision of the classic saga, Beowulf. Gamers live the life of Beowulf, the legendary Norse warrior with the strength of 30 men who is torn between the nobility and brutality within him. Arrogant, self-serving and lustful for gold and glory, Beowulf will journey to Denmark to destroy a bloodthirsty beast wreaking havoc on a frigid land. But evil persists, and Beowulf succumbs to its lure of even greater fame, quietly maneuvering to claim the Danish throne. As King, Beowulf must face the consequences of ambition, even as war descends on the realm. As Beowulf, players lead their men, called thanes, into battle, slay the Titans of a dying age and crush the enemies that threaten to annihilate both their kingdom and people. Only then, when Beowulf looks Destiny in the eye, will he know what kind of hero he has truly become. Delve even deeper into the adventure as gamers will play through 30 years of the Beowulf story not seen in the movie to experience more of Beowulf’s life and mold their own legacy. The mystical world of Beowulf comes to life in stunning fashion. Powered by the next evolution of the award-winning YETI technology used to create the critically acclaimed Tom Clancy’s Ghost Recon Advanced Warfighter and Tom Clancy’s Ghost Recon Advanced Warfighter 2, Beowulf delivers an unrivalled graphical experience. Army of up to 12 thanes to unlock as players increase their heroic experience (by saving thanes, killing giant monsters, etc.). Players use the thane army to their advantage by giving orders, assigning positions, tailoring weapons to the situation or enemy and by triggering in-game mechanisms. The thane army evolves with upgradeable weapons (swords, mace and spears), skills and abilities. Use legacy experience points to gain thanes, replace weapons and upgrade Carnal abilities. Carnal Power allows the use of stronger attacks and special weapons. Carnal upgrades include less daze after use and prolonged use of Carnal Fury. But if used too much, there will be grave consequences. Dynamic combat system including combos, parries and increasing skills as the player progresses. Grab ability allows Beowulf to hold on to walls or climb, as well as fight up close with visceral hand-to-hand combat against enemies and giant monsters.
Save this product for later
Display prices in: USD