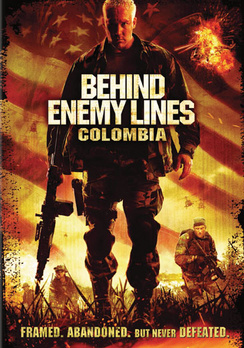 SKU 024543553366
$6.00
In stock
1
Product Details
Colombia is in chaos, caught in a bitter war between its government and insurgent guerillas. A team of U.S. Navy SEALS is sent on a secret mission to observe a meeting between the factions and ensure peace is the end result. But when the meeting is attacked and the leaders of both sides are murdered, the SEALS are framed for the assault. Abandoned by their own government and trapped behind enemy lines, the group must survive long enough to find evidence of their innocence and prevent the brutal war from spilling over the border.
Save this product for later