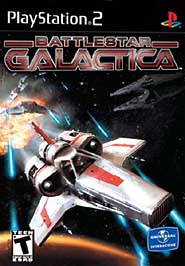 SKU 020626718974
$12.00
In stock
1
Product Details
Twelve worlds in a multi-star system are home to the Twelve Colonies of Man, settled by those who journeyed from yhe mother world, Kobol. A thirteenth tribe of humans moved across the stars to settle another world: Earth. By the present Colonial day, Earth was considered a myth and little was known about the Colonials' true origins. It is unknown how the Colonials came to know about Earth, since they did not appear to maintain communications with their distant brethren. For the past one thousand years, Man has fought the robotic Cylon Alliance. Deploy space-borne military defenses against the Cylons and unseen hostiles, such as pirates to save the Colonials.
Save this product for later