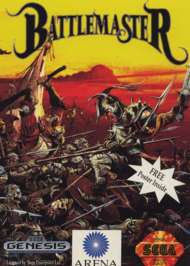 SKU 734549001029
$15.00
In stock
1
Product Details
The world of BATTLEMASTER is divided into four kingdoms: dwarves, elves, humans, and orcs. The king's crown in each of these races is mounted with one of four shards of the Watcher's Tower Gemﾗwhich is what keeps the harmonic balance of the world. Now it's up to you to assemble your own army and defeat the four races as you fight to reconstruct the Gem and keep the world safe. Each race consists of wizards, thieves, warriors, and merchants, so choose carefully when gathering your troops. As you venture into the world, you can command your army into any of 18 different military formationsﾗwhich can mean the difference between living to fight another battle and being thoroughly trounced. Of course, you can't always rely on brute force to win battles, so be sure to keep an eye open for the more than 300 magical weapons and items that will increase your chances of success.
Save this product for later